In 2018, the richest 20% of the Maltese population received 37% of the income, while the poorest 40% of the population earned 22% of the total income, according to a new study.

Over the thirteen year period between 2005 and 2018, income inequalities in Malta increased despite social policies and government interventions.

This was revealed by a study on income inequalities in Malta carried out by the Center for Labor Studies (CLS) at the University of Malta.

The study used and analyzed data collected between 2005 and 2018 by the National Statistics Office (NSO) of Malta and the results showed that although income inequality increased, it was slightly neutralized by the government intervention.

The study found that disposable income inequality in Malta was increasing at a higher rate than the EU average, however, “state social assistance mitigated the overall increase in inequality”.

One sixth of households at risk of poverty 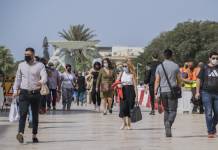 Although the Gini coefficient is the most widely used indicator of inequality, it does not depend on the poverty level of the poorest person or the wealth of the richest person.

The results were revealed at an online event opened by CLS Director Luke Fiorini, who pointed out that the study was conducted due to a lack of clarity on the evolution of income inequality in Malta. over the years.

40% of the population earned 22% of the total income

The remaining 37% of income went to the richest 20% of the Maltese population, according to the study. 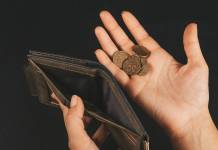 Government intervention, via social transfers but not via taxes, had a slightly neutralizing effect on inequalities, according to the study, adding that social transfers offered a greater safety net to citizens than during the period 2005-2009, while the tax reforms over the years eroded some of the tax escalation.

“If there had not been direct taxation and social transfers, income inequalities would have been more pronounced among the poorest population. This shows that the composition of households, taxes and social transfers play an important role in the stabilization and redistribution of income from the richest to the poorest, ”the study indicates.

The study also looked at income and socio-demographic factors that affect inequalities and their importance in Malta and found that income contributes hugely, explaining almost three quarters of inequality.

Other income, including rents, interest and dividends from financial assets, was very unevenly distributed.

In addition, several factors have been found to be the root cause of inequalities in Malta. These factors include education levels, labor market status and occupation of household members.

The study also found that inequality was mainly attributed to differences in skills, hours worked, occupations, structure and size of household employment.

Finally, the study concluded that without political intervention, imperfection in the labor market can lead to new inequalities. Thus, an important implication for policy is to reduce additional barriers to economic inclusion, as the advantages of growth can easily be weakened by its disadvantages due to the roles of globalization, technology and market forces.

Apple defends the App Store ahead of ...